Reflections From the CCA Family Retreat 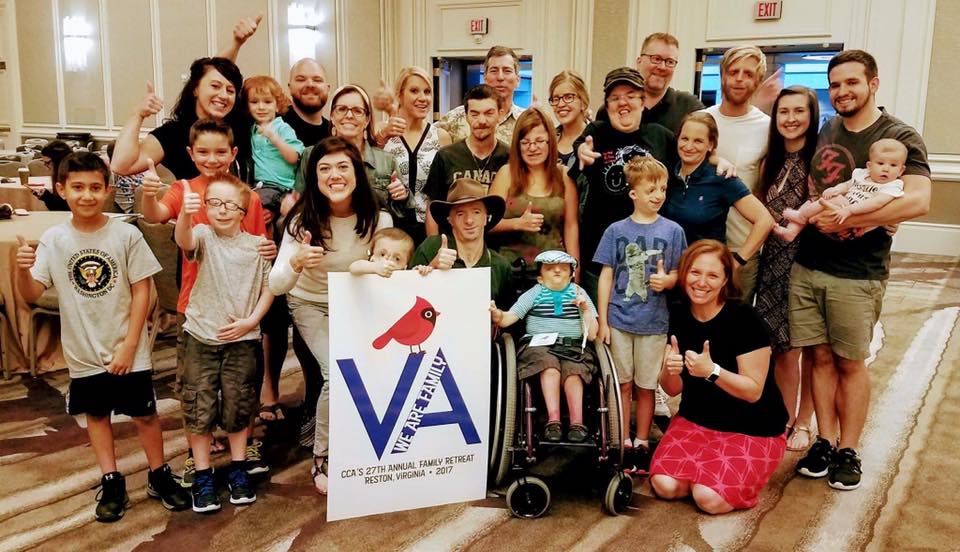 It has taken me a few days to process everything I felt and saw. And, I still have a lot of processing to do.

As I write this reflection, I’m on my porch listening to birds chirping and watching a mama bird watching over her nest.

The CCA retreat was life-changing. It taught me how resilient people are when they are faced with obstacles.

You could literally feel the love engulf the hotel during the entire retreat. I would walk through the lobby and I could feel this overwhelming energy that was so positive. It was a safe haven. A place where there was no judgment, no teasing or bullying, and no staring. It was simply magical.

I’d step into the elevator and would be greeted with broad smiles from the kids and parents.

I watched the talent show and had to hold back my tears. Each performer was so darn good! I watched as each brave child got up on stage in this huge ballroom to perform for the crowd. Each person was so gifted and talented. The kids had no fear. They were so proud and happy to perform. I looked around the room and saw parents cheering each child on. As the child sang or recited a poem they too were quietly saying the words in unison with the child. You could see how proud the parents and other retreat participants were.

The show, America’s Got Talent, should have been there they would have seen so many gifted and talented kids!

The kids had so much fun-kicking a beach ball, dancing in the hallways, making new friends and seeing old friends. It was good old fun. Simple, pure fun.

And there was laughter. It filled the hotel. The energy was amazing.

Not only did the kids have an unforgettable time but the parents did as well. New friendships were developed and old ones were strengthened.

During the retreat, there was nothing else going on in the world. There was no reason to watch the news or pick up a newspaper. Nothing could or would break this love chain. Nothing negative was going to slip into this circle of love.